It is nearly impossible to capture the essence of India from any one place in the country but if a particular city can do justice to the enigmatic beauty of India, it is Varanasi. Situated on the banks of the river Ganga in Uttar Pradesh, Varanasi City is the center of spiritualism, religion, and holiness.

The city is a maze of serpentine lanes, each distinct from the other. Nearly two thousand Hindu temples can be found in these narrow lanes. Every temple houses different deities from the pantheon of the Hindu Gods. Some of the most famous temples are dedicated to Lord Shiva as it is believed that Varanasi was the city that he was most partial to. Varanasi City Tours and travel agencies arrange early morning boat rides to the more popular temples in the city. These include:

● Kashi Vishwanath Temple: This temple is dedicated to Lord Shiva and is said to have been standing since the times of the Puranas.

● Annapurna Devi Mandir: It is dedicated to Goddess Parvati who is also known as the Goddess of Food.

● Bharat Mata Mandir: This temple is a unique one since it does not worship any deity. Instead, a map of undivided India is carved into the temple and is worshipped.

● SankatMochanMandir: The deity of this temple is Lord Hanuman.

● ManasMandir: Lord Rama is the deity in this temple.

It is because of these Hindu temples that most of the local cuisine is vegetarian. However, the lack of choice is fully compensated by the gastronomic pleasures that each lane serves. Every lane boasts of a different savory. Kachori Sabzi is the most popular breakfast dish in Varanasi City. Such immense is its popularity, that the gully that sells the best i>Kachori Sabzi has been named i>Kachori Gali. Chaats are one of the defining features of Varanasi and one of the most famous among them is the Tamatar Chaat, which is found in Dashashwamedha Road, leading to the Dashashwamedha Ghat. It is a spicy mixture of boiled potatoes, tomatoes, onions, green chilies, and fresh coriander leaves. If the Tamatar Chaat is too fiery for some to handle, the sweets of Varanasi will definitely win them over. Jalebi and Rabri, that can be had together or separately, is a favorite of many all over the country. The best way to finish a meal in Varanasi is with the famous Banarasi Paan that can be found everywhere in Varanasi.

Ghats: A Beauty on its Own

The Varanasi ghats have a charm of their own. Thousands of tourists, both Indian and foreign, throng the bustling city, only to watch the evening aarti in the ghats by the Ganga. There are 84 ghats in the city and many of these are as ancient as the Hindu religion itself. Two of them are used for cremation only, while many others that are privately owned, are used for rituals and ceremonies. Many folk lores are attached to these ghats.

● The Dashashwamedh Ghat, that is used for cremation by the Hindus, is believed to be the site where Lord Brahma had sacrificed ten horses as part of the DashashwamedhaYajna. It is one of the most auspicious ghats in Varanasi and the aarti performed there, dedicated to the God of Fire, Agni, is said to be the grandest.

● The Manikarnika Ghat is another ghat where Hindus are cremated. According to mythology, Goddess Parvati had buried her earrings near the ghat and had asked her consort, Lord Shiva, to recover them. This was a ploy by the Goddess to keep her husband around as he tended to leave her and move around with his devotees. After death, those who are cremated in the Manikarnika Ghat, supposedly meet Lord Shiva to answer if they know the whereabouts of Parvati’s earrings.

● Another famous ghat is the Scindia Ghat which is known to be the birthplace of Lord Agni.

Varanasi Tour Packages organize trips to the ghats and the temples of the city every day. These packages can be booked online or in hotels, as each hotel has their own tour schedule or are connected to travel agencies.

Despite it being the nerve centre of the Hindu religion, the presence of other religions in and around the city is conspicuous. During the Islamic invasion of India, Qutb-UddinAibak had marched to Varanasi to defeat the local king. The Mughal emperor Aurangzeb had destroyed the ancient Kashi Vishwanath Temple and built the Gyanvapi Mosque in its place. Aurangzeb had also built the Alamgir Mosque near the Panchaganga Ghat. The Buddhists hold Varanasi to be an auspicious site as it is quite near to Sarnath, the place where Buddha gave his first sermon and taught about Dhamma. Sarnath is holy to both the Buddhists and the Jains. It is the birthplace of the eleventh TirthankaraSri Shreyasanatha Bhagwan. Varanasi City tours and Varanasi Tour Packages arrange trips to attend all these sites in three or four days.

Varanasi might seem like the place for the religious only but that couldn’t be further from the truth. While much of its character is based on spiritualism, the confluence of many cultures provides it with a rare aura that every person, religious and non-religious, can enjoy. 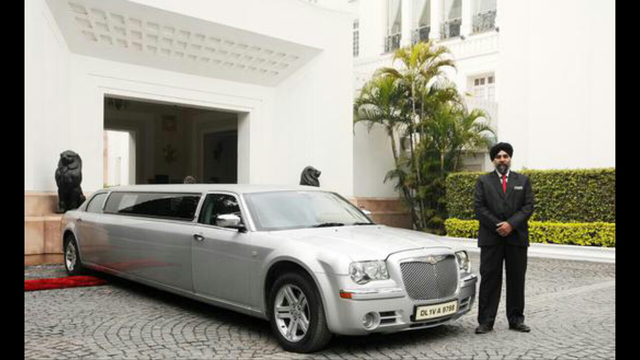 Explore agra in a chrysler limousine